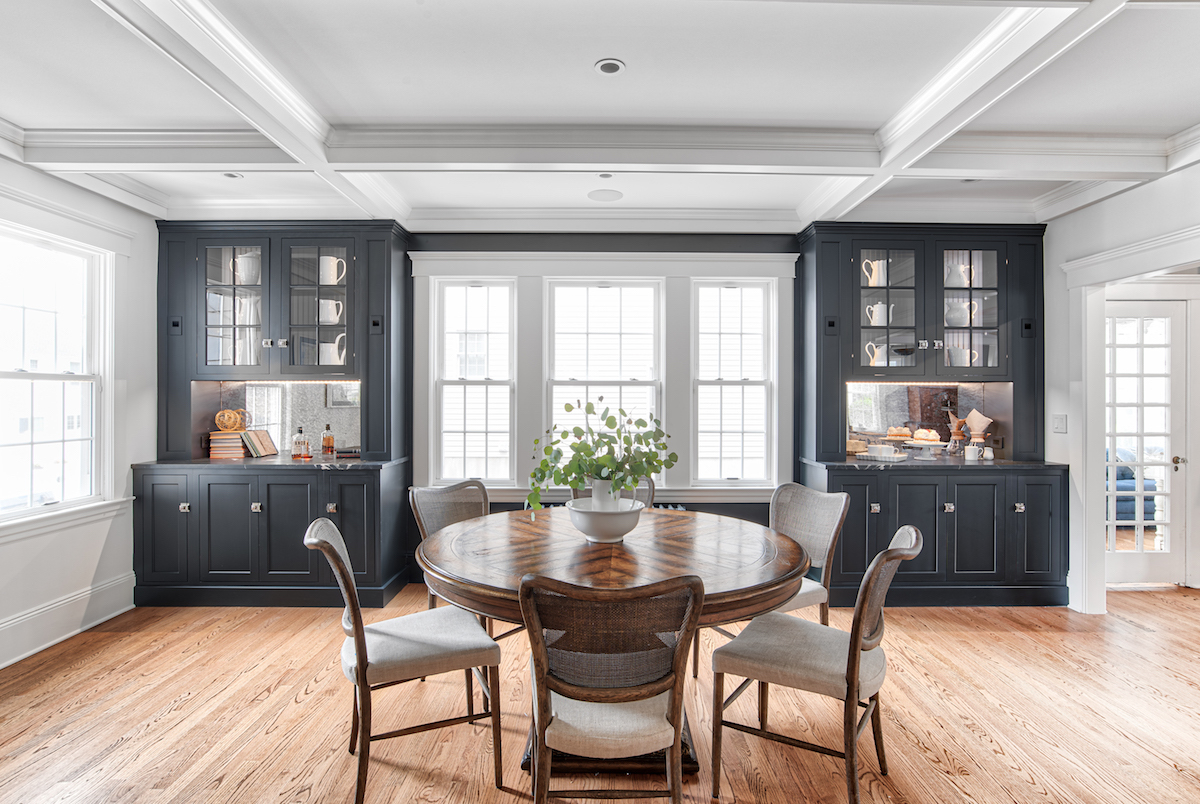 More isn’t always merrier when it comes to interior design professionals collaborating on a renovation. But when homeowner Jennifer Darby Metzger was ready to pull the trigger on her kitchen update in Rutherford, she wanted a dream team, and that’s what she got. As a local real estate agent, you see, she knew the talent.

She called on Rosario Mannino of RS Mannino Architects + Builders in Rutherford to design the space, Zack Dettmore of Dettmore Home Improvements in Rutherford to do the construction, and Jaclyn Isaac of Downtown Decorators in Jersey City to create the interior design. And what might have been a cacophony of tastes became a symphony of synergy instead.

“Not everybody hires an architect, a builder and a designer,” says Isaac. Yeah, and not everybody gets this kitchen.

Metzger had bought the circa-1914 colonial back in 2007, knowing “it had good bones and was an old beauty,” she says. But the dated kitchen with its adjacent tiny powder room was on her list to change from the get-go. Then the real estate market crashed and the project was put on hold. By the time Metzger was ready to do the work, she realized that her needs had changed. “One of the reasons I bought the house was for the attached garage, so that I could bring my little girls in their car seats right inside,” she remembers. “But once the kids got older, the attached garage wasn’t as important, and I really needed a mudroom. We didn’t have any storage as you walked right from the garage into the house.”

Mannino solved her problems when he suggested taking half of the garage and making it a mudroom and larger powder room. That also allowed the designers to square off the kitchen and create a pantry in that space. Dettmore also opened the kitchen up to the dining room, giving the house a more open feel and creating room for a kitchen island, which ended up being his favorite part of the project. “Most homes have a kitchen island that ends up being very long and linear,” he says. “This island is square, so it has a nice intimate scale to it. You can be on any side and be in a good conversation.”

In fact, the dream team gathered around the island when they were done to toast to the success of the project. “It really was a cool collaboration,” says Metzger, “because everyone is so interesting and had such great ideas.”