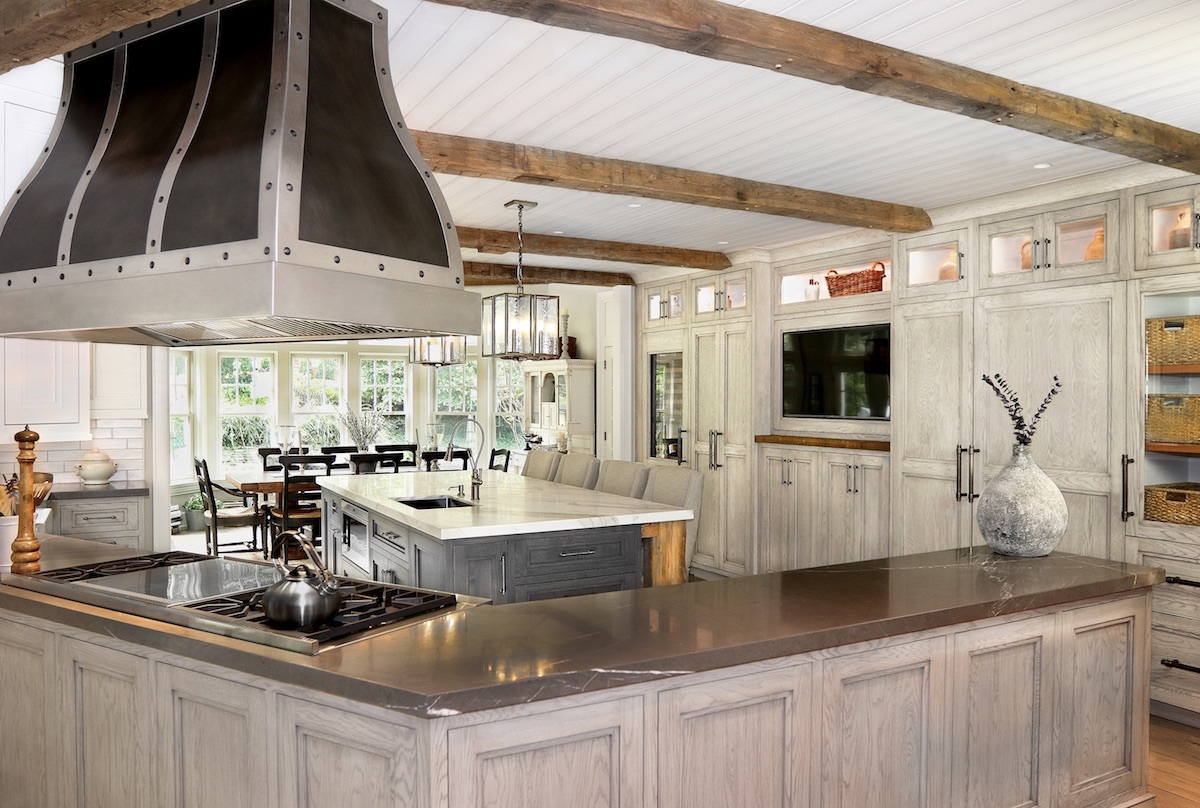 Marble may look highbrow, but a Franklin Lakes family’s new modern farmhouse kitchen proves it’s not too sleek to rub elbows with more rustic elements such as reclaimed wood beams (from actual barns) and wicker for a design that’s the envy of friends.

“Today, different elements are being used together,” says Wyckoff master kitchen designer Peter Salerno. An example is the Calacatta Gold marble that adds elegance to the alder wood island in pewter—and yes, there are barn posts tying it all together. Honed graphite tops the perimeter counters for a similar play on contrasts with cloud white and stained oak cabinets, antique-looking backsplash tiles and a hickory plank floor. More reclaimed beams give the shiplap ceiling its own special wow.

“Being a designer, I like a lot of different things,” says homeowner Nancy, who shares this expanded ranch (and these days especially the kitchen) with her husband and three 20-something kids. Though Nancy styled the house after their 1999 move-in with a then trendy country French kitchen, she was ready to retire the maple and maize gold cabinets and cherry-based island years ago. When her husband finally agreed, she sought out Salerno to bounce her many ideas off of. “Nancy was all about ‘Let’s push the envelope,’” says Salerno of their successful collaboration.

They also needed Brett Prime, founder of Aspire Premium Builders in Hawthorne, to help conquer a major flaw: You could walk through the house and never see the kitchen. Today’s kitchen is hard to miss thanks to the architect-guided removal of a bearing wall. “We created a 45-degree angle just to give it a better flow,” says Salerno. Not only does the blacksmith-style hood over a 60-inch pro-grade Wolf stove command attention, but it’s also freestanding for “a wide-open feeling.” To further improve the flow, Salerno carved space from a large pantry for Nancy’s desk with a smaller pantry/closet behind it.

This modern farmhouse look continues with a family-sized breakfast table with wicker chairs as well as an eclectic mix of lighting, including an upside-down vase chandelier by Arteriors and metal-and-steel pendants by Caleo.

Says Nancy: “I have the kitchen I’ve always wanted.” 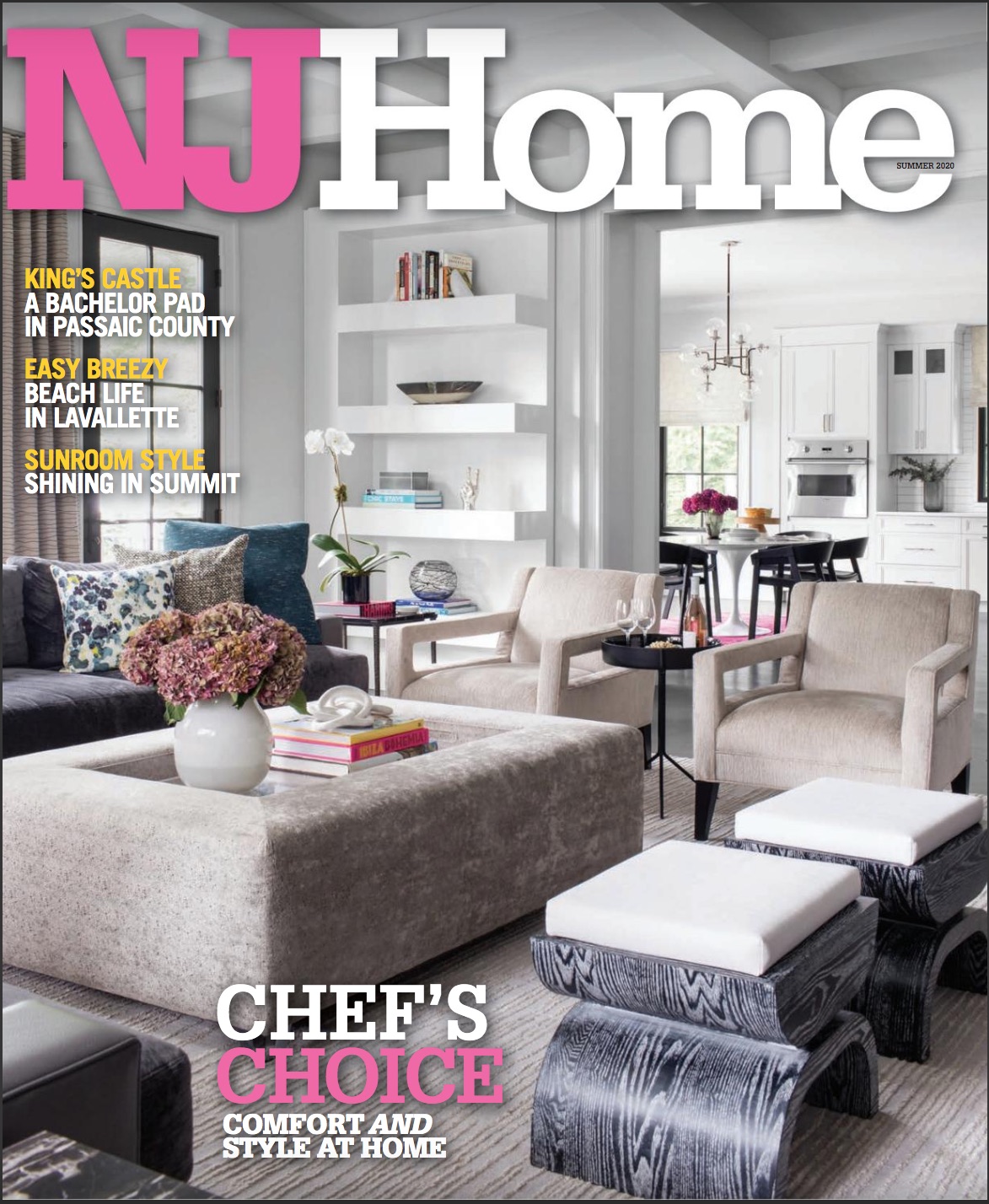