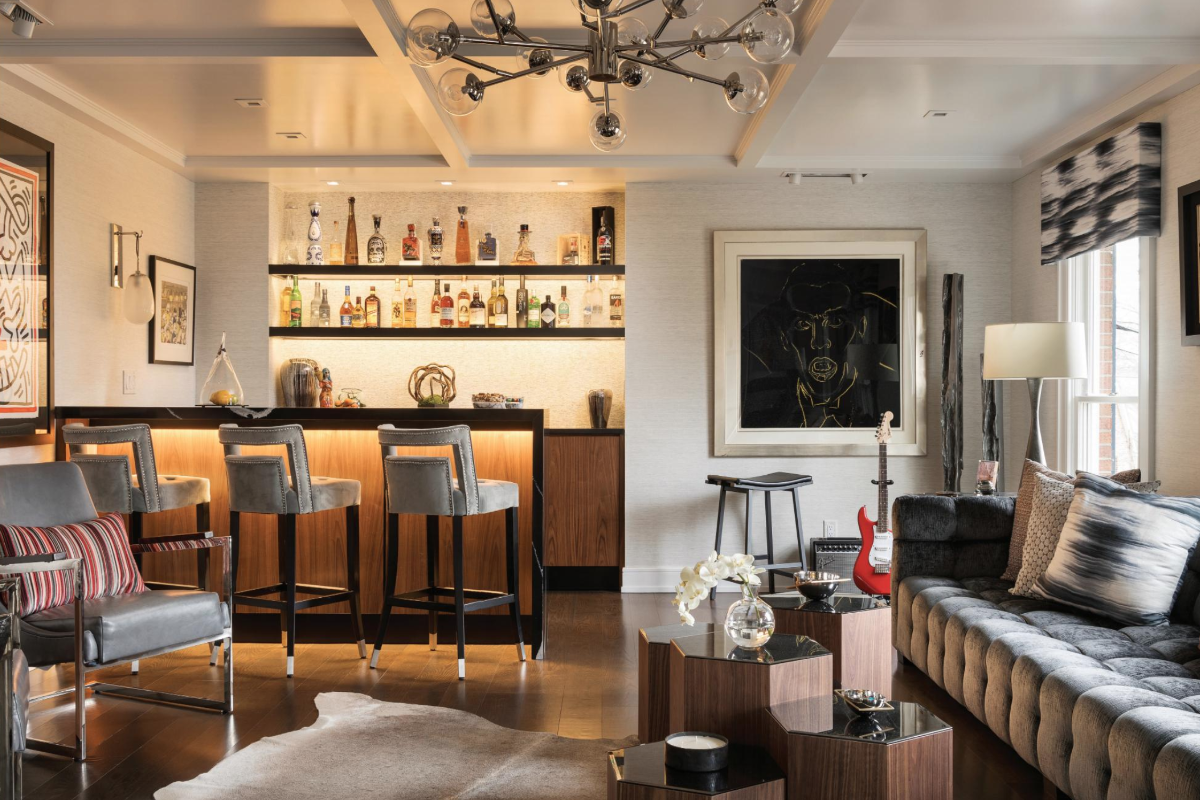 Admit it: As a homeowner, you have that one spot in your house that just does not incite joy, whether it’s a garage stuffed to the gills with 10 years’ worth of junk or an extra sitting area that merely collects dust. That was the case for a Franklin Lakes family, who had moved into their brick colonial 15 years ago when their kids were babies. Now, as their not-so-little-ones moved through adolescence, the family wanted a home that fulfilled their evolving needs. And high on the priority list was redoing one room in particular that had potential, but contained lots of “stuff ” they no longer wanted. It was actually the living room, but it had a nickname too.

“It was called ‘the No-Go Room,’” says designer Danielle Palmadessa, principal designer of DRP Interiors in Franklin Lakes. “Everything in that room was old and outdated.”

So the designer’s first order of business was to brighten this underused area and transform it into a modern, multifunctional space that the family would actually want to spend time in. She was inspired by the art collector dad’s modern pieces by Keith Haring that were scattered “in the foyer, the bedroom and throughout the house,” Palmadessa says, so she united them all on one wall here. She opted for black as the room’s neutral, and brought in walnut accents “because I love the warm and cool,” she says. The homeowner loves orange, so red and orange were incorporated into the design as pops of color.

This living room contains many different zones, and much thought was put into the floor plan. Palmadessa’s team removed a fireplace to allow for more seating—a custom 12-foot gray velvet sofa by Modshop was positioned in front of a trio of windows to play on length and drama. The multiple hexagonal coffee tables by Modloft can be repositioned, enabling guests to walk a pathway to the custom bar by Anthony W. Calandriello & Co., which is tricked out with under-counter LED lighting and a quartz countertop. Another part of the room is devoted to musical paraphernalia, such as a guitar and a new piano, to foster the youngest son’s burgeoning musical talent.

“He does performances there for the family, and they entertain with the bar,” says Palmadessa, “so now it’s a great room that gets used for so many reasons.”

The team also beautified the dining room, where metallic grasscloth wall coverings, wainscoting and dark gray-blue trim add to the home’s dramatic, contemporary flair. The windows in this room are off-centered, so the design team created balance by adding an extra seating spot behind the main dining table. “Instead of a buffet we did this beautiful banquette, a nook where you can take a break from dinner, have some wine and lounge,” says the designer. “I like to create another area to sit in where you don’t have to leave the room.” Not that you would want to, of course.

Meanwhile, the basement is the ultimate “getaway” thanks so its “organic modern vibe” inspired by California, where the client used to take business trips before the pandemic. It previously functioned as a toddlers’ playroom and now does double duty as both an extension of the homeowner’s office and a hang-out space for the teens and their pals. “The client told me he ends up doing many of his business calls on this sectional now,” Palmadessa says of the Bernhardt sofa. “He loves it down there.” This “bright, light and happy” space is bursting with joy, sure, but it also has tons of texture via the soft shades of indigo blue, rattan lanterns and a shiplap feature wall behind the flat-screen TV. There is also a high-top table for game-playing and eating, a custom kitchenette by CNC Cabinetry and a newly added full bathroom with a French-door shower, “because he needed a place for his guests to use after swimming in the indoor pool—and he wanted a place to shower the dogs!”

And as for the No-Go Room that started it all? “They call it the ‘Go Room’ now,” Palmadessa says with a laugh. “They spend a lot of time in there.” 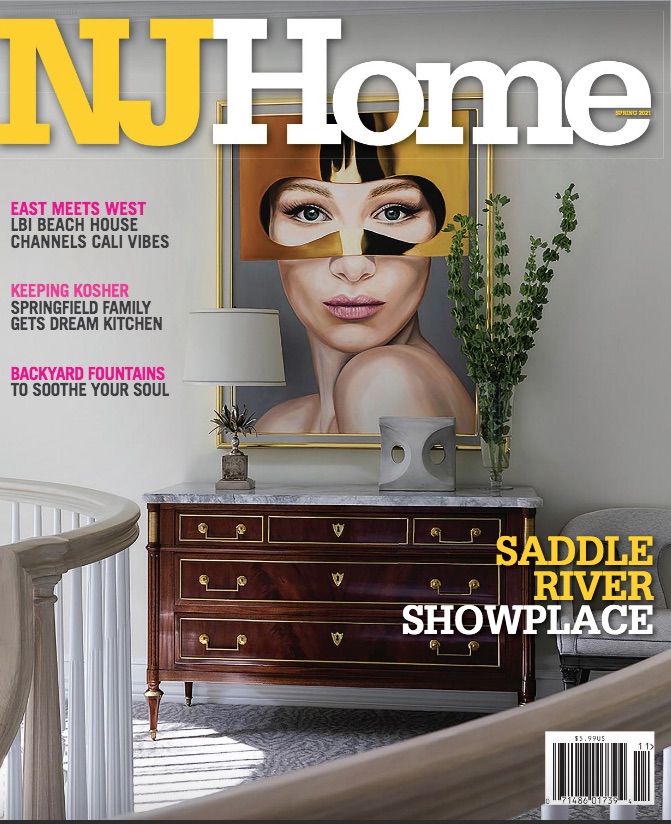