Not many families get to build their dream vacation home in a district that’s on the National Register of Historic Places, but that was the opportunity—and the challenge—facing Vanessa and Jeff Romond and their architect, Michael Pagnotta. The Beach Haven Historic District contains some of the grandest homes on Long Beach Island, including the gloriously turreted Dr. Edward H. Williams house, and its historic preservation commission is one of the state’s most demanding. The proposed house, notes Pagnotta, “would sit in a very prominent situation in the heart of Beach Haven, and so there were a lot of eyes on the project.” His charge, he says, was “to create this new home with a relatively open floor plan and yet still have it be considered historic.”

The result was a smashing success, pleasing both the exacting commissioners and the young family who’d be living in the house. Pagnotta acknowledges that much of that success was the result of a strong partnership between himself and Vanessa, who had a well-developed sense of design, knew very much what she wanted from the house and was adept at communicating her vision.

What she wanted, she says, was a home that was “classically coastal and nautical, with a beachy ambience that makes you feel you’re on vacation as soon as you step through the door.” And though the 2,500-square-foot cottage would hardly be massive, it had to be spacious enough to accommodate Vanessa, Jeff and their three young children, as well as a rapidly expanding extended family. She and Pagnotta accomplished that through a main floor that was largely open-concept, with spaces designed for gathering and—particularly important—sharing meals. There’s a large dining area, a kitchen space with an expansive island and a breakfast nook with built-in benches to maximize seating for “a lot of little tushies in the family,” Vanessa says.

Though there are only four bedrooms, the house easily sleeps 12, thanks to the bunk room, which features two built-in bunkbeds. As it happens, that’s the family’s favorite room. Painted a deep navy, it contains no freestanding furniture; there’s storage built into the bottom of the beds and a built-in bench below the window. “It has a true nautical feel, and my two older daughters feel like it’s a big fort or a ship,” says Vanessa. “Whenever we arrive, they drop everything by the front door, head for the bunk room and just start playing.”

The house is replete with nautical images, but they never feel overdone or kitschy. Among them are two rope ladders salvaged from a boat that now flank a large custom cabinet in the family room. “I had a hard time committing to them,” says Vanessa, “because I wasn’t sure they were going to work. But as soon as the first one was hung, I said, ‘This is it—this was meant to go here.’” The home’s palette, too, seems almost predetermined: a mix of navy and pure white with touches of sand. In the family room, for instance, a pair of navy sofas covered in a textured slub sit alongside two chairs upholstered in a blue-and-white pinstripe, atop a white-and-navy striped rug.

Befitting a contemporary beach house, the cottage is filled with light, thanks to a profusion of windows that let in not just the sun but also the happy hustle-bustle of beach-town life. “We live on a fairly busy street,” says Vanessa, “and there are always a lot of people walking back and forth to the beach and the restaurants. But we enjoy the commotion—it makes you feel like you’re not closed in.” But as contemporary as much of the interior is, the Romonds were determined to include touches that added a more historic feel. Over the breakfast nook, for instance, they wrapped a structural beam in wood, staining it, says Vanessa, “to give it that older-home feel.” It matches wood beams in the family room and master bedroom. Another nod to the neighborhood’s history is the wide-plank wood floors throughout the house.

As carefully as it was designed, the house is never fussy but always functional. A mud room with tile flooring includes a washer-dryer so that family members can drop their beach towels, wet bathing suits and sandy beach toys on the floor or pop suits and towels right into the washing machine. Overlooking the pool, a small terrace off the master bedroom faces west to afford perfect sunset views. And the proximity of kitchen, dining room and breakfast nook afford intimate dining for a large group of people.

“We wanted to create a comfortable house where we could have our extended family stay with us,” says Vanessa. “Just a fun place for everyone to gather, close to the beach, a place to start the day and end the day.” It’s also a place to create family history, while serving and preserving the history of its surroundings. 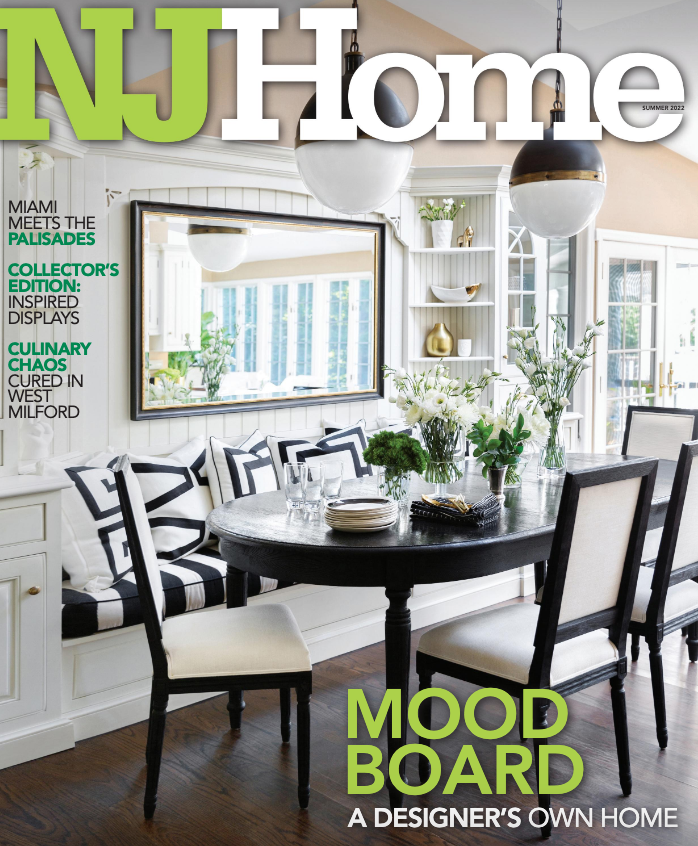