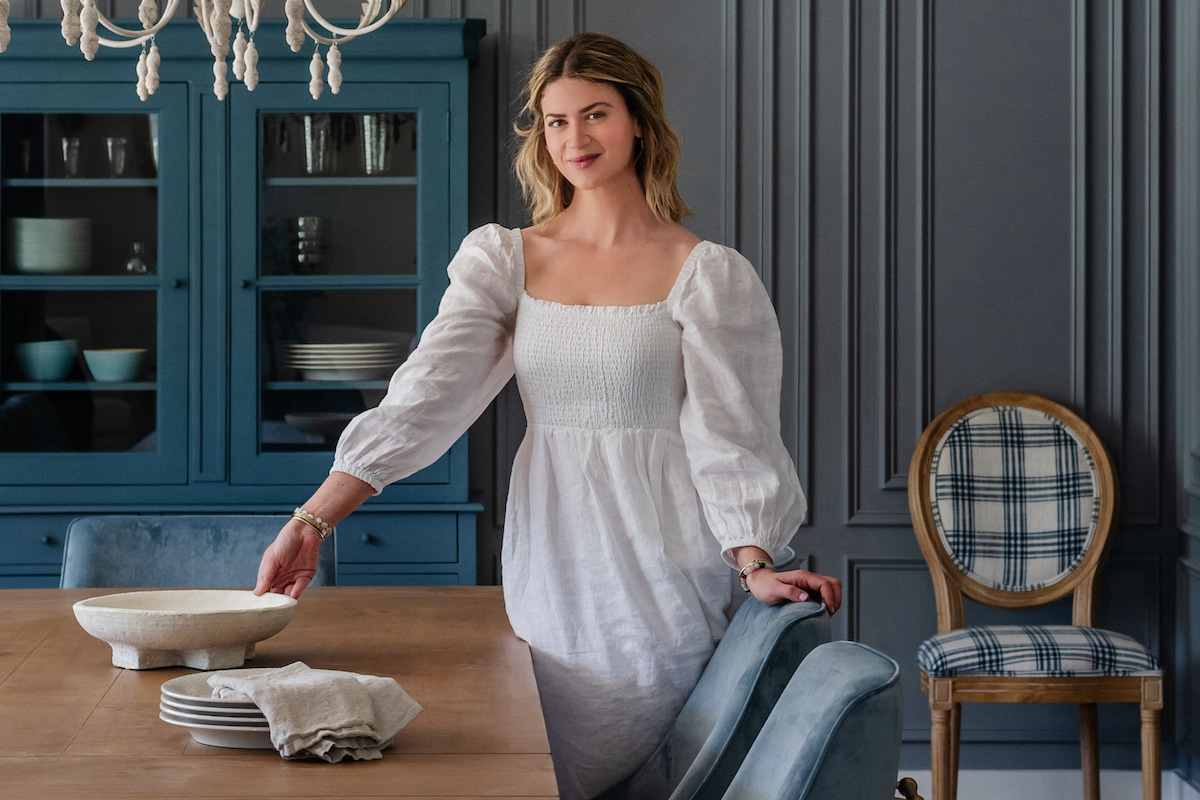 The owners of a new construction home in Springfield dreamed of a farm style specific to their aesthetics and personalities. Designer Michal Rubin, of Livingston-based MR Interiors, realized their vision with a fresh modern twist.

The custom build—featuring six bedrooms, a home office, a music room and five bathrooms—had amazing bare bones and plenty of space for the family of five. “When I initially walked through it, I envisioned certain colors, textures and design elements,” says Rubin. “I always say things ‘speak’ to me, and the house definitely did, even when empty.” A mutual friend recommended her to the homeowners to work on the main floor, the kids’ rooms and the home office. 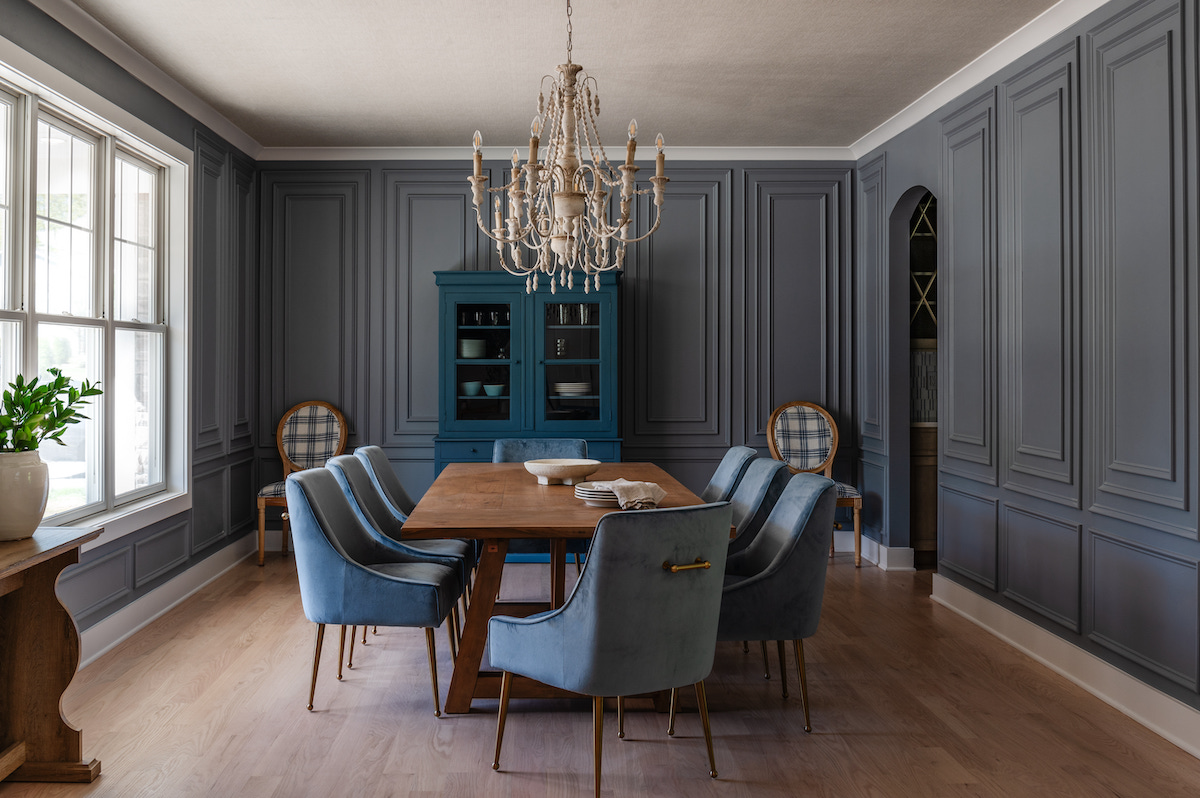 “We wanted the first floor to have a farm-style feel without being too obvious or ‘basic,’” Rubin recalls. To unify the open-concept space, she predominantly used Sherwin-Williams’ Alabaster on the walls; for the hardwoods, she employed two coats of Bona NordicSeal, giving the flooring throughout a clean simplicity. For the dining room walls, Rubin opted for Sherwin-Williams’ Let It Rain. The blue china cabinet is both traditionally old-fashioned and uniquely fresh. “The French blue color is drool-worthy,” Rubin says. “If you look closely, there are teeny blue flecks on the cabinet glass, giving it that unfinished detail I find so desirable.”

On either side of the cabinet, Christopher Knight Home blue-and-white plaid chairs with pinewood frames anchor the room. Rubin loves the curvy legs of the Kelly Clarkson Home console table. “This is another example of how we used a farmhouse staple piece—but one that had additional special detailing, like the wave in the legs—to elevate the entire look,” she says.

In the living room Rubin drew in more of the dining room’s “French blue” color. Inviting and cozy, the Castlery Jonathan chaise sectional is boxy, low-silhouetted and in a soothing shade. For color punches, she chose yellow striped and bright floral pillows to play up the room’s laid-back, contemporary vibe.
“Michal used mostly new pieces but was able to incorporate some older furniture we wanted to bring along,” says the homeowner. “Our friends have commented on how seamlessly the design flows in each room, creating no distinction between our older pieces and new ones.”

Custom cabinetry—built-ins on either side of the fireplace, a pinewood mantel and a beautiful wooden arch in an unfinished pine—also contributed to the desired aesthetics and organic flow.

For the kitchen, the homeowners wanted something clean but slightly statement-making. Rubin’s choice of Tribeca Gypsum Tile offers a just-right amount of sheen to pick up every color in and around the kitchen. The black faucets, paired with the brass hardware and Etta Avenue lights, create a perfect mix of farmhouse and contemporary.

“There are elements that are understated, while others are warm and welcoming,” says the homeowner. “The house feels like it can be a showpiece, but each space feels warm and livable.”

To Rubin, the home “now looks like it’s nestled in the countryside somewhere, when in reality it’s on a populated New Jersey street.” This project, she explains, was an effort to combine two ideals that don’t always coexist: “choosing design elements that would stand the test of time and giving the homeowners something that was unique to them.”