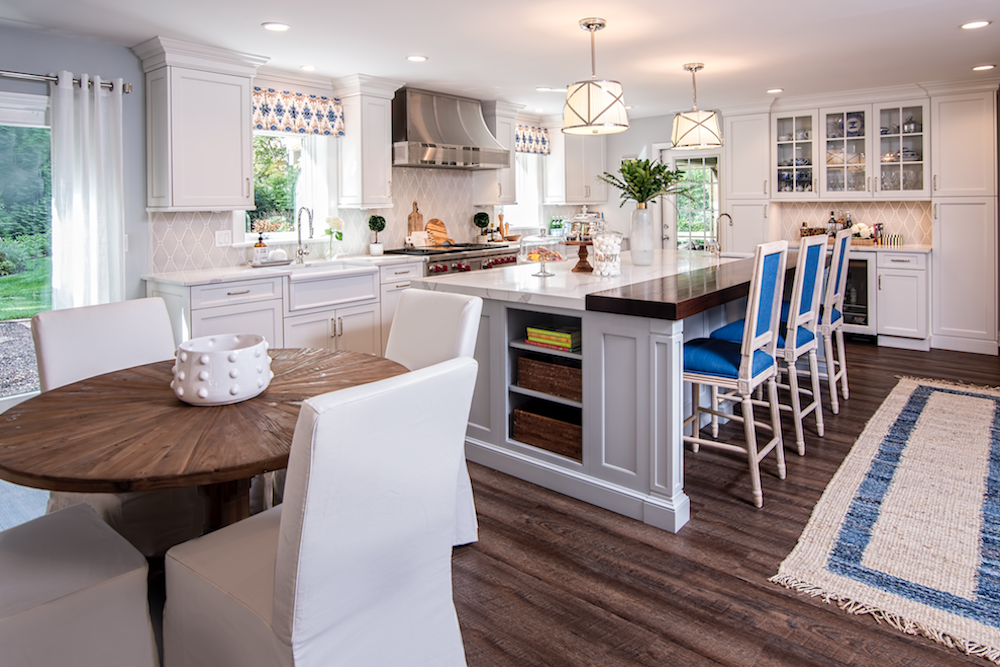 What’s new in the kitchen? In one Franklin Lakes home, it’s the kitchen itself.

For a family of five who loves to entertain, the kitchen truly serves as the heart of a home. That’s why one clan in Franklin Lakes decided to demo and redesign their favorite room. “They hang out in the kitchen and host a big holiday party every year,” says designer Melyssa Kelly of Melyssa Kelly Interior Design in Ramsey, who was brought in to update the family’s most sacred space. “They wanted to modernize it a bit and make it fresher.” 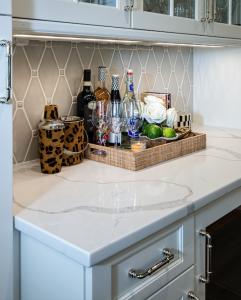 Inspired by the blue ikat pattern on the home’s previous cornices, Kelly decided a neutral scheme of light gray and cream would serve as a perpetually blank canvas should the owners’ tastes change in the future. Pops of cerulean blue complement the house’s French provincial charm.

To maintain the kitchen’s traditional feel, Kelly paired a round pine trestle table from Perigold and a quartet of white-washed Ikea slip chairs. She then added a touch of mod with chic Chapman & Myers pendant lights and azure square-backed counter stools from Wisteria with the ornate window treatments.

Of course, the true fusion of styles is apparent in the gorgeous island that juxtaposes contemporary Calacatta gray quartz and classic mahogany. Beautiful and functional, the homeowner says, the island comes in handy when her children invite friends over or when she hosts a buffet-style dinner for extended family. (She and her husband come from large broods and wanted ample seating.) Its shelves have become the homeowner’s new favorite spot to show off her vast collection of cookbooks. 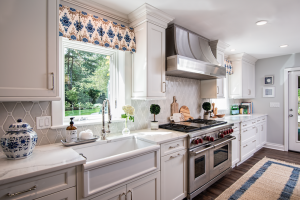 And it wasn’t just the décor that brightened up. Now, this family regularly discusses how their renovated kitchen has boosted their moods. “It’s so bright and warm, compared with how dark it used to be,” says the homeowner. “It has completely changed our mindsets.” 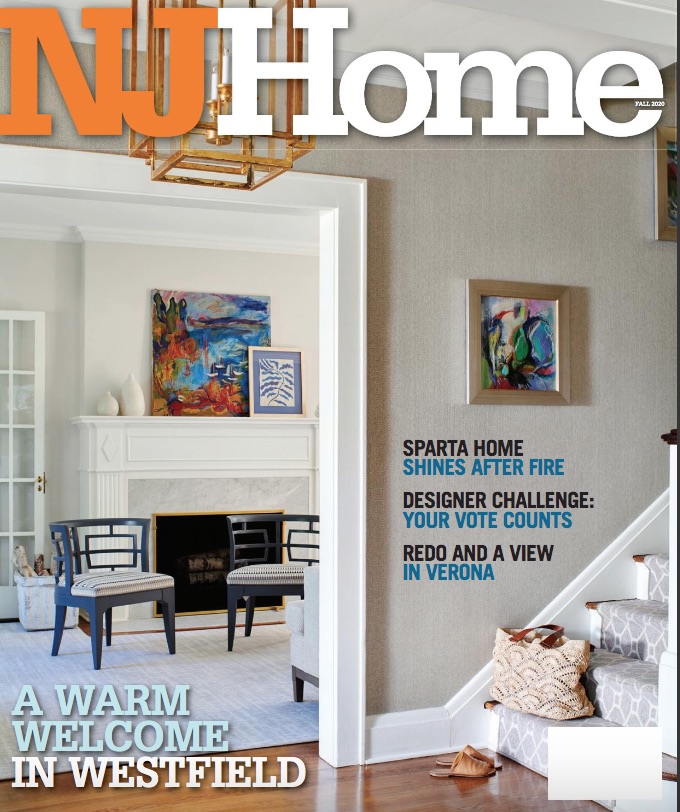